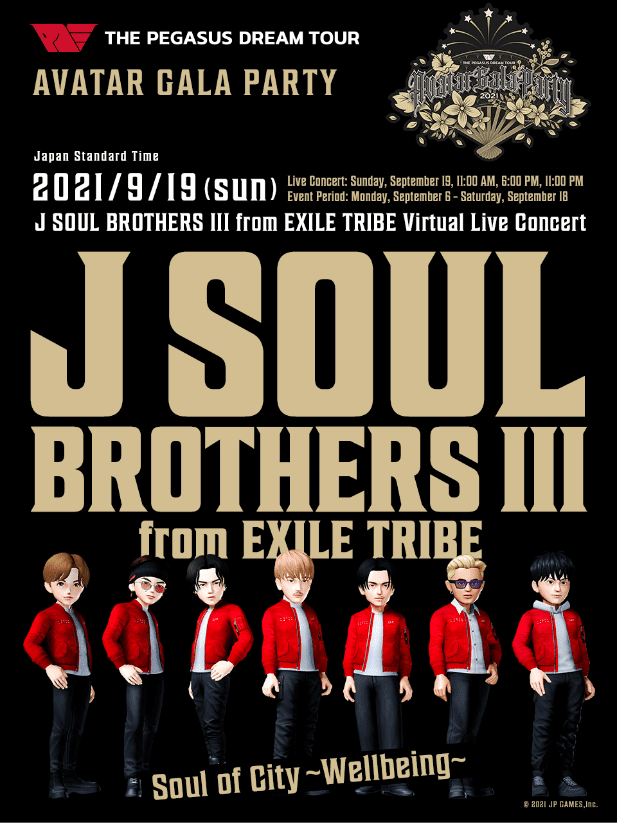 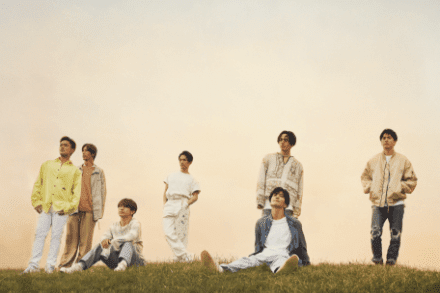 A crisis strikes Pegasus City after the closing ceremonies of the Paralympics. It seems that the city, having ended its role in hyping up the Paralympics, is now on the brink of shutting down. The members of J SOUL BROTHERS III arrive from the real world to team up with their army of fans on a mission to save Pegasus City from its oncoming demise. Will Pegasus City truly be able to become a sustainable virtual world?

"We are taking on a new challenge by incorporating role-playing into our live shows. Compared to our conventional live shows, this is a type of entertainment that offers a different way of enjoying! We want to give a boost to para sports through conducting virtual live performances. Let’s gather with people from all around the world in Pegasus City!"

This young dance and vocal group pass on the musical torch and commitment of their parent band EXILE. Comprised of the 5 performers & 2 vocals, leader NAOTO from EXILE, Naoki Kobayashi, ELLY, Kenjiro Yamashita, Takanori Iwata, Ryuji Imaichi, and Hiroomi Tosaka , J SOUL BROTHERS III made their major debut on November 10, 2010 with the release of their first single “Best Friend’s Girl.”
In September 2017, following their “METROPOLIZ” tour from the year before, the group began their legendary “UNKNOWN METROPOLIZ” tour, in which they staged 10 performances at Tokyo Dome. In the same year, they made 37 dome performances, attracting 1,482,000 people, breaking the record for the most concertgoers in a single year. During the J SOUL BROTHERS III LIVE TOUR 2019 “RAISE THE FLAG,” the group attracted 1,250,000 fans, thereby setting the record for the highest concert attendance by a group in a single tour. In 2021, from July, the group plans to conquer Japan once again with their J SOUL BROTHERS III LIVE TOUR 2021 “THIS IS JSB,” another dome tour to commemorate the group’s 10th anniversary. Coupled with their debut this year inside the world’s first Paralympics video game, no doubt, J SOUL BROTHERS III are making 2021 a year to remember.
J SOUL BROTHERS III from EXILE TRIBE Official Site 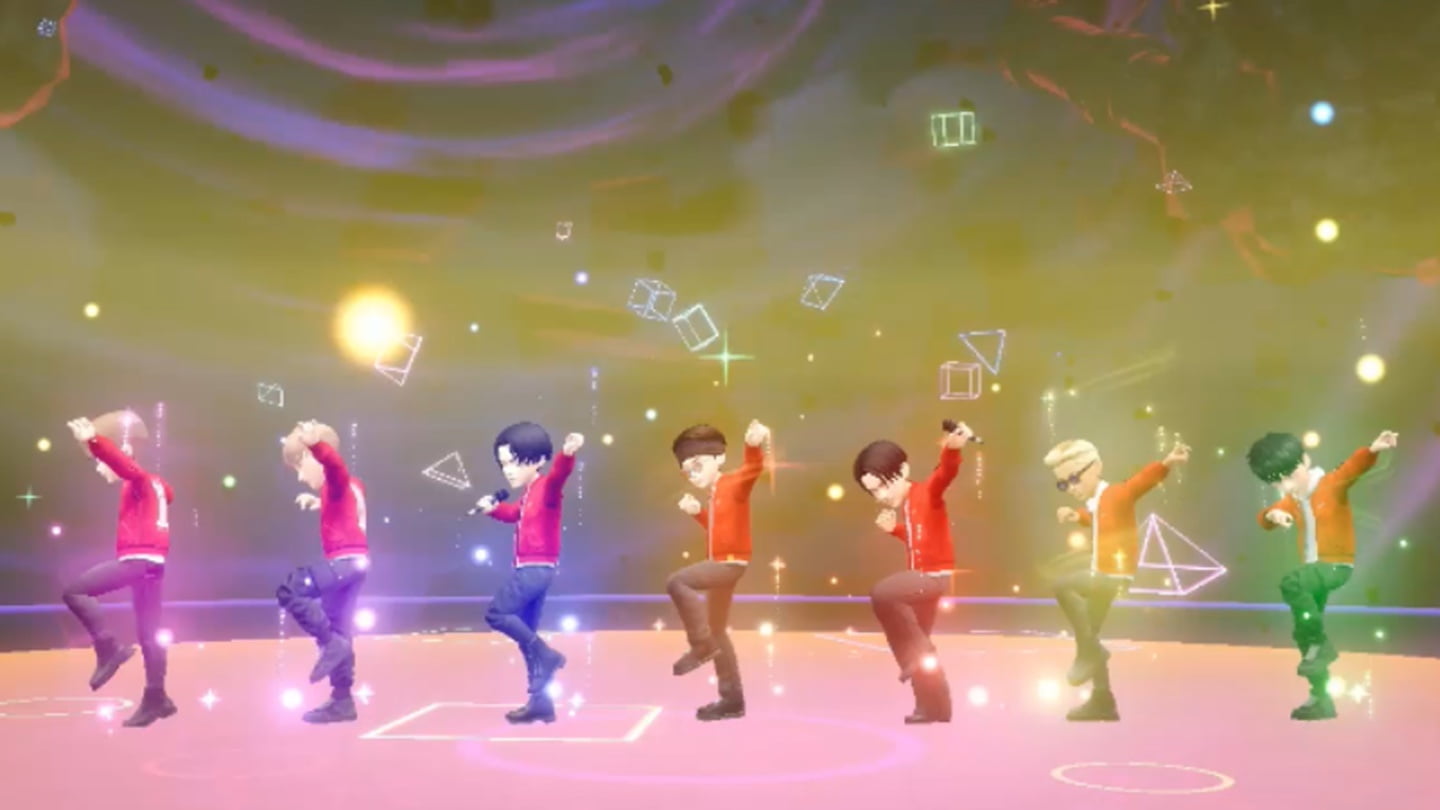 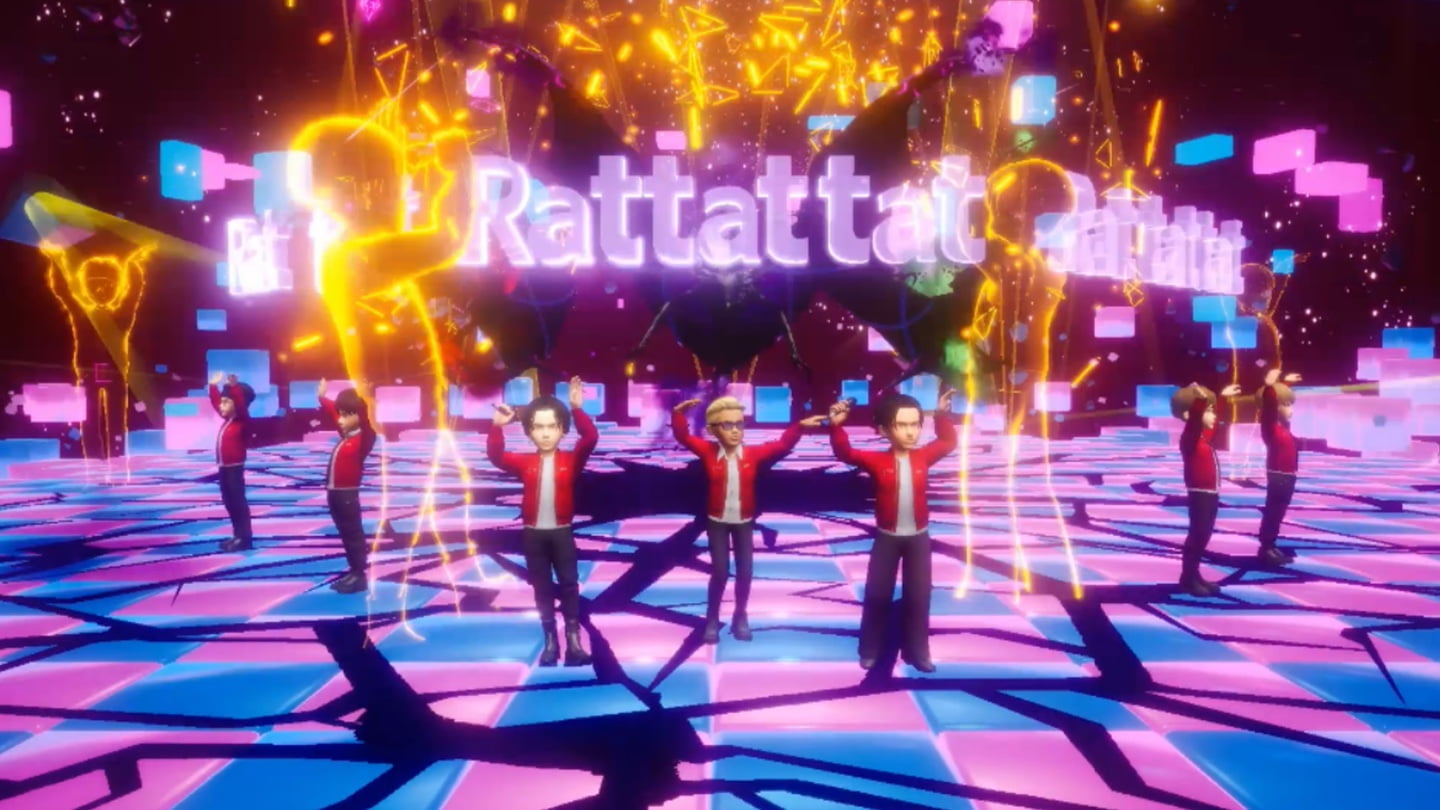